If you traveled to the Philippines and wondered why there are so many Samgyuepsal (grilled pork belly) Korean Restaurants everywhere, I’m here to tell you why and how it is a lucrative business.

The concept of samgyupsal started in Kaesong (now a part of North Korea) in the early 20th century. As the business concept was a hit, it began to spread all over the Korean Peninsula, and eating in these restaurants became a timely tradition for Koreans. They even have a Samgyupsal Day on March 3 in South Korea.

When Korean dramas became a hit throughout the Philippines in the late 2000s, Korean culture started to thrive. Of course, among those that thrive is Korean food. The Korean community in the Philippines took this chance to start establishing more Korean restaurants in the cities and they were proven to be profitable, thus starting the wave of Samgyupsal businesses.

But why is this particular business popular among Filipinos?

Another business that is also a hit for Filipinos is the all-you-can-eat buffet business which offers a wide array of unlimited dishes for you to eat. But buffets are way too expensive for the ordinary Filipino to eat more than once a month or even every other month so Samgyupsal has become an alternative for everyone who wants to chow down without any hesitation until their stomachs burst for a lower price. How low? Prices start at around 250 pesos in Cebu.

Now, I did say mostly as some of these restaurants are not unlimited but do provide high-quality food than the cheaper ones. Aside from the high quality of meat and ingredients in these restaurants, some restaurants export them from South Korea as well. While most middle-class Filipinos and below don’t usually go to these types of restaurants, it’s still a lucrative business since some Filipinos want to experience authentic Korean food and taste.

Since Filipinos now have a knack for Korean culture, most of these restaurants have the same ambiance as those found in Korean dramas. They give that feeling of being in one of your favorite Korean dramas. Some would go their way and adorn their restaurants like you were actually in Korea. Some restaurants also play K-pop (Korean pop) sings to get that Korean jive. Most females love to hear their favorite K-pop boy band’s song. 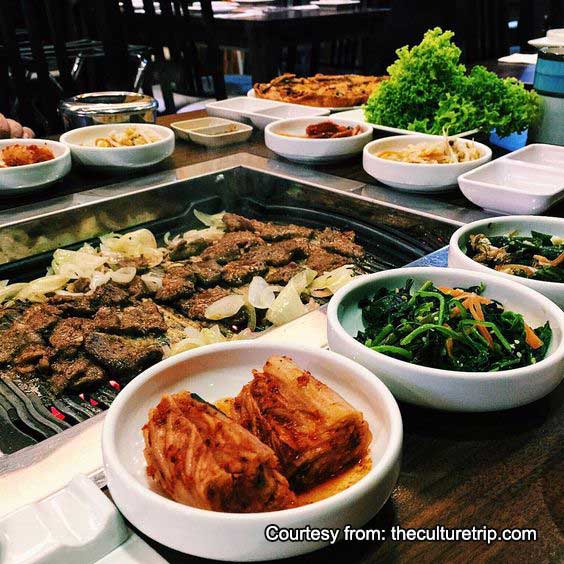 Normally, Filipinos have one side dish and one main dish in a meal at home. Anything that goes over that is reserved for special occasions such as parties and festivals. But Korean meals would go overboard and introduce way too many dishes in one sitting and Filipinos love that since it gives them that festive ambiance that only special occasions can have with or without celebrating any special occasion. Korean side dishes vary from restaurant to restaurant but the most common dishes that you’ll find in each of them are Kimchi, pickled onions, pickled radishes, and lettuce. Some people would add the meat and other side dishes on to the lettuce to form some kind of lettuce taco.

A Good Way to Bond with Other People

Lastly, it’s a good reason to hang out with co-workers, friends, and family outside. It’s already commonplace for colleagues at work to hang out and eat samgyupsal after a hard day’s work somewhere since most of these restaurants are near their workplace. If you eavesdrop on their conversation, you’ll mostly hear their problems at work and the gossip in the office to let their stress out. Some families would consider this as a good way to bond and talk about anything under the sun. If you haven’t met your friends for a long time because of being busy with other things, then this would certainly be the first place that they will invite you over.

If you have other thoughts about the sampgyupsal business, leave a comment below and let us hear them. 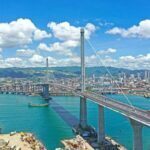 A NUSTAR in Cebu now Open