Now, on its 5th-year consecutive held here in Cebu specifically in Mactan area at the Shangri-La Hotel. Excitingly we got witnessed this international event not only sports, a club but an event that the whole Family is joining as part of their bonding.

Ironman Race is one of the biggest competitions every year, wherein the Filipino is looking forward to joining especially those who are active and fans of these 3 connecting races of sports namely Swim-Bike-Run. Its’ an international competition organized worldwide every year and this event organized here in Cebu recently was the Asia Pacific Championship. Henceforth, many professional athletes worldwide joined in the said event/race. Every participant/athlete or team must accomplish the so-called race and probably be called an Ironman achiever. Likewise, as mentioned it is an international competition for Prof and Non-prof athletes which every player/contenders trained themselves so much before every event.

The first race or course which is 1.9 Km Swim happened at the beachfront of Shangri-La Mactan Resort and Spa. Unfortunately, we didn’t capture the race as it was held early morning.

When we arrive at the event the cycling race already started. They will finish the race for about 90km in total at around Lapu-Lapu City road and some part of the Mandaue area. We particularly took photos at Marina Mall.

The place surrounded mostly by students, as probably the city government requires the school to join the event as part of showing cooperation and hospitality. It was fun as most of the students are shouting and cheers the participants to encourage to move forward. Not only that, but they are also excited to see some local celebrities headed by Piolo Pascual and Matteo Guidicelli as always present every year.

After Cycling the last race, they have to run 21km and it was held at the Brgy Punta Engaño road. As the cycling on going the road was closed for vehicles so we cannot proceed to the next place of the said race. And finally, when we arrived at the place, we were amazed that some athlete/competitors were already done the race especially the professionals. We are still lucky to witness the last race and we got some photos;

We are also lucky as we witnessed the awarding ceremony held at the Shangri-La Garden PLace. And here’s the top 5 winners for the major or professional category;

The event was very successful, the weather was great and all organizers manage well headed by Sunrise and all sponsors majority by Aguila Energy Drink by Regent. 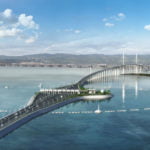 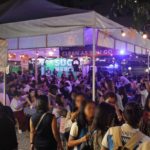 4 Reasons Why Sugbo Mercado is Crowded!